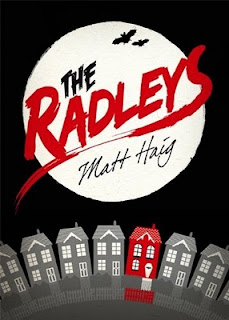 Publisher's Summary. Just about everyone knows a family like the Radleys. Many of us grew up next door to one. They are a modern family, averagely content, averagely dysfunctional, living in a staid and quiet suburban English town. Peter is an overworked doctor whose wife, Helen, has become increasingly remote and uncommunicative. Rowan, their teenage son, is being bullied at school, and their anemic daughter, Clara, has recently become a vegan. They are typical, that is, save for one devastating exception: Peter and Helen are vampires and have—for seventeen years—been abstaining by choice from a life of chasing blood in the hope that their children could live normal lives.

One night, Clara finds herself driven to commit a shocking—and disturbingly satisfying—act of violence, and her parents are forced to explain their history of shadows and lies. A police investigation is launched that uncovers a richness of vampire history heretofore unknown to the general public. And when the malevolent and alluring Uncle Will, a practicing vampire, arrives to throw the police off Clara's trail, he winds up throwing the whole house into temptation and turmoil and unleashing a host of dark secrets that threaten the Radleys' marriage.

The Radleys is a moving, thrilling, and radiant domestic novel that explores with daring the lengths a parent will go to protect a child, what it costs you to deny your identity, the undeniable appeal of sin, and the everlasting, iridescent bonds of family love. Read it and ask what we grow into when we grow up, and what we gain—and lose—when we deny our appetites.

Review. Meet the Radleys: patriarch Peter, a middle-aged, harried, physician, who worries that he is growing old in a loveless marriage; matriarch Helen, an upper-middle class village (suburban) housewife, who is struggling to hold the family together; and their two teenage children, son, Rowan, who is routinely bullied by his peers and suffers from chronic insomnia and skin rashes, and daughter, Clara, who is suffering from severe physical side effects due to her recent conversion to veganism.

All in all the Radleys are a fairly normal English family, save for the fact that they are vampires. The younger Radleys are unaware of their genetic heritage because their parents have been 12-stepping -- abstaining from the vampire life -- for seventeen years. One night, however, Clara accidentally uncovers the family secret. Thereafter, the elder Radleys are forced to disclose to their children their vampire identities; confront lingering issues from the past (namely, Helen’s infatuation with Will, Peter’s older brother and a practicing vampire); and embrace an uncertain future as to how to live in an unblood (human) world while still being true to themselves.

The Radleys by Matt Haig, is not your typical vampire novel in the sense that the characters’ “vampireness” could be replaced with any malady or affliction and the novel would still work (although the jokes wouldn’t be as funny). In fact, the book reads in many parts like satire on chemical dependency recovery programs except that here the addiction is to blood not drugs or alcohol. Throughout the novel, passages from The Abstainer’s Handbook are quoted. For example, one way to overcome OBT (overwhelming blood thirst) is to “Watch golf. Watching certain outdoor sports on TV, such as golf or cricket, have been known to reduce the likelihood of an attack.” Another passage urges the abstainer to: “Confine your imagination. Do not lose yourself in dangerous daydreams . . . Fill your diary with harmless social activities. By doing we stop ourselves imagining. And imagining for us is a fast-moving car heading toward a cliff.”

Of course, blood addicts are different from other addicts. Whereas most recovering addicts are better off kicking their addictions, the Radleys are miserable in their abstaining lifestyle. One underlying theme of the novel is how to be one’s authentic self even if this out of the mainstream.

The Radleys is at times tongue-and-cheek and at other times fairly serious, but always an engaging read!