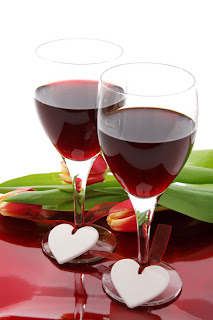 Happy Valentine's Day! The reason why I love Mondays -- Mailbox Monday hosted this month by the Library of Clean Reads. Below are the review copies I received this week:

1) Miss Hildreth Wore Brown by Olivia deBelle Byrd. Author's Summary. While Olivia deBelle Byrd was repeating one of her many Southern stories for the umpteenth time, her long-suffering husband looked at her with glazed over eyes and said, “Why don’t you write this stuff down?” Thus was born Miss Hildreth Wore Brown—Anecdotes of a Southern Belle. If the genesis for a book is to shut your wife up, I guess that’s as good as any.

On top of that, Olivia’s mother had burdened her with one of those Southern middle names kids love to make fun. To see “deBelle” printed on the front of a book seemed vindication for all the childhood teasing.

With storytelling written in the finest Southern tradition from the soap operas of Chandler Street in the quaint town of Gainesville, Georgia, to a country store on the Alabama state line, Olivia deBelle Byrd delves with wit and amusement into the world of the Deep South with all its unique idiosyncrasies and colloquialisms.
The characters who dance across the pages range from Great-Aunt Lottie Mae, who is as “old-fashioned and opinionated as the day is long,” to Mrs. Brewton, who calls everyone “dahling” whether they are darling or not, to Isabella with her penchant for mint juleps and drama.

Humorous anecdotes from a Christmas coffee, where one can converse with a lady who has Christmas trees with blinking lights dangling from her ears, to Sunday church, where a mink coat is mistaken for possum, will delight Southerners and baffle many a non-Southerner. There is the proverbial Southern beauty pageant, where even a six-month-old can win a tiara, to a funeral faux pas of the iron clad Southern rule—one never wears white after Labor Day and, dear gussy, most certainly not to a funeral.

Miss Hildreth Wore Brown—Anecdtoes of a Southern Belle is guaranteed to provide an afternoon of laugh-out-loud reading and hilarious enjoyment.

Thanks to the author!

2) Mr. Funny Pants by Michael Showalter. Publisher's Summary. I was at my wit's end. I'd had enough of this job, this life, and my relationship had broken up. Should I eat chocolate, or go to India, or fall in love? Then I had a revelation: Why not do all three, in that order? And so it was that I embarked on a journey that was segmented into three parts and was then made into a major motion picture. Later, I woke up on an airplane with a hole in my face and a really bad hangover. I was ushered brusquely off the plane by my parents who took me to a rehab where I tested positive for coke, classic coke, special k (the drug), Special K (the cereal), mushrooms, pepperoni, and Restless Leg Syndrome. It was there that I first began painting with my feet.

But rewind...the year was 1914. I was just a young German soldier serving in the trenches while simultaneously trying to destroy an evil ring with some help from an elf, a troll, and a giant sorcerer, all while cooking every recipe out of a Julia Child cookbook. What I'm trying to say is that there was a secret code hidden in a painting and I was looking for it with this girl who had a tattoo of a dragon! Let me clarify, it was the 1930s and a bunch of us were migrating out of Oklahoma, and I was this teenage wizard/CIA operative, okay? And, um then I floated off into the meta-verse as a ball of invisible energy that had no outer edge...

Ugh, okay. None of this is true. I'm just kind of a normal guy from New Jersey who moved to New York, got into comedy, wrote this book about trying to write this book, and then moved to Alaska, became the mayor of a small town, spent $30,000 on underwear, and now I'm going to rule the world!!!

Thanks to Hachette Book Group!
Posted by DCMetroreader at 6:00 AM