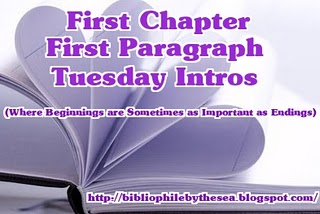 Diane at Bibliophile by the Sea hosts First Chapter First Paragraph Tuesday Intros.   This week's intro is from the block bestseller The Hunger Games by Suzanne Collins: 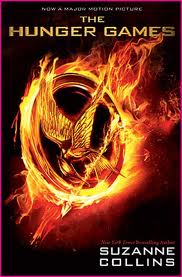 When I wake up, the other side of the bed is cold.  My fingers stretch out, seeking Prim’s warmth but finding only the rough canvas cover of the mattress.  She must have had bad dreams and climbed in with our mother.  Of course, she did.  This is the day of the reaping.
Posted by DCMetroreader at 6:00 AM 9 comments:

Welcome to Mailbox Monday which is hosted this month by Mrs. Q. Book Addict.  The past few weeks have been challenging for me personally because I was without power for nearly a week and then my computer got a virus.

All is well now, but as you are reading this I am currently on my annual Panama City Beach Vacation.  While I love much about the area I do not love my extremely temperamental internet access, so this is a schedule post.  And if the beach winds favor me I will stop by to check out everyone's mailboxes.  If not, I'll see you next week! 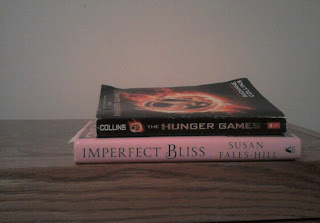 1) The Hunger Games by Suzanne Collins.  Publisher's Summary.
In the ruins of a place once known as North America lies the nation of Panem, a shining Capital surrounded by twelve outlying districts. The Capital is harsh and cruel and keeps the other districts in line by forcing them to participate in the annual Hunger Games, a fight-to-the death on live TV. One boy and one girl between the ages of twelve and sixteen are selected by lottery to play. The winner brings riches and favor to his or her district.But that is nothing compared to what the Capital wins: one more year of fearful compliance with its rules.

Sixteen-year-old Katniss Everdeen, who lives alone with her mother and younger sister, regards it as a death sentence when she is forced to represent her impoverished district in the Games. But Katniss has been close to dead before – and survival, for her, is second nature. Without really meaning to, she becomes a contender. But if she is to win, she will have to start making choices that weigh survival against humanity and life against love.

Thanks to Paperback Swap!

2)  Imperfect Bliss by Susan Fales-Hill.  Publisher's Summary.
Meet the Harcourts of Chevy Chase, Maryland. A respectable middle-class, middle-age, mixed-race couple, Harold and Forsythia have four eminently marriageable daughters—or so their mother believes. Forsythia named her girls after Windsor royals in the hopes that one day each would find her true prince. But princes are far from the mind of their second-born daughter, Elizabeth (AKA Bliss), who, in the aftermath of a messy divorce, has moved back home and thrown herself into earning her PhD.

All that changes when a reality television show called The Virgin takes Bliss’s younger sister Diana as its star. Though she fights it at first, Bliss can’t help but be drawn into the romantic drama that ensues, forcing her to reconsider everything she thought she knew about love, her family, and herself. Fresh and engaging,Imperfect Bliss is a wickedly funny take on the ways that courtship and love have changed—even as they’ve stayed the same.
Publish Post
Thanks to Atria Books!
Posted by DCMetroreader at 6:00 AM 6 comments:

Welcome to Saturday Snapshot is hosted by Alyce At Home with Books. Photos can be old or new, and on any given subject as long as they are clean and appropriate for all eyes to see. How much detail you give in the caption is entirely up to you. Please don’t post random photos you find on the internet. 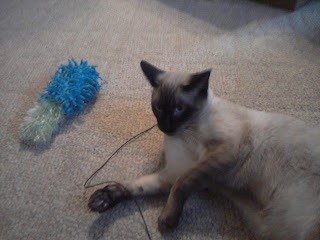 Because I always seem to post photos of my dogs, I decided I was long over due to post a picture of one of my cats (I have three).  Please allow me to introduce Simon my kitty terror.  I don't think this photo does him justice, but if you look closely you may be able to see the scowl on his face.  This is due to my correcting him from chewing the toy's string.  Simon likes to chew other things besides string: cable wires (the more expensive the better); appliance cords; plastic light switches and thumb tacks to name a few choice goodies.  When Simon is not partaking of cord-chewing he also enjoys relieving himself in the family commode (he taught himself this trick) or bathroom sink.  And if he is upset with you watch out because he will use your things as his bathroom.

So why do I put up with this devil cat?  Because he purrs louder than a hot rod; follows me around wherever I go; and cuddles with me 24/7 when I am at home.  Call me a crazy cat lady, but he is MY devil cat!
Posted by DCMetroreader at 8:00 AM 3 comments:

Welcome to Mailbox Monday which is hosted this month by Mrs. Q. Book Addict.  Below are the books that I received last week: 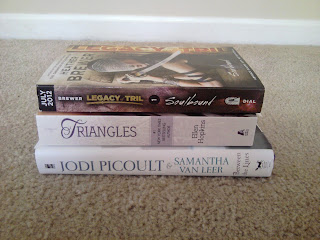 1)  Legacy of Tril by Heather Brewer.  Publisher's Summary. Tril is a world where Barrons and Healers are Bound to each other: Barrons fight and Healers cure their Barrons' wounds in the ongoing war with the evil Graplar King. Seventeen-year-old Kaya was born a Healer, but she wants to fight. In Tril, and at Shadow Academy, where she is sent to learn to heal, it is against Protocol for Healers to fight. So Kaya must learn in secret. Enter two young men: One charming, rule-following Barron who becomes Bound to Kaya and whose life she must protect at all costs. And one with a mysterious past who seems bent on making Kaya's life as difficult as possible. Kaya asks both to train her, but only one will, and the consequences will change their lives forever. Thanks to the Publisher!

Holly: Filled with regret for being a stay-athome mom, she sheds sixty pounds and loses herself in the world of extramarital sex. Will it bring the fulfillment she is searching for?

Andrea: A single mom and avowed celibate, she watches her friend Holly’s meltdown with a mixture of concern and contempt. Holly is throwing away what Andrea has spent her whole life searching for—a committed relationship with a decent guy. So what if Andrea picks up Holly’s castaway husband?

Marissa: She has more than her fair share of challenges—a gay, rebellious teenage son, a terminally ill daughter, and a husband who buries himself in his work rather than face the facts.

Get lost in the world of Triangles, where the lives of three unforgettable women intersect, and where there are no easy answers.

Thanks to Simon & Schuster!

Between the Lines was Sammy’s idea, and frankly, she’s got a better imagination than I ever did at her age. It’s called Between the Lines, and it’s about what happens when happily ever after…isn’t. Delilah, a loner hates school as much as she loves books—one book in particular. In fact if anyone knew how many times she has read and reread the sweet little fairy tale she found in the library, especially her cooler than cool classmates, she’d be sent to social Siberia . . . forever.To Delilah, though, this fairy tale is more than just words on the page. Sure, there’s a handsome (well, okay, incredibly handsome) prince, and a castle, and an evil villain, but it feels as if there’s something deeper going on. And one day, Delilah finds out there is. Turns out, this Prince Charming is not just a one-dimensional character in a book. He’s real, and a certain fifteen-year-old loner has caught his eye. But they’re from two different worlds, and how can it ever possibly work? Thanks to the Publisher!
Posted by DCMetroreader at 6:00 AM 11 comments:

Welcome to Mailbox Monday which is hosted this month by Mrs. Q: Book Addict.  Today is a special Mailbox Monday for me because it is my birthday.  Last week I received the best birthday gift ever -- power after going without it for nearly a week-- it is great to be getting back to my old routine.  Below are a few books that I received recently (honestly not sure when, but it was within the past two weeks). 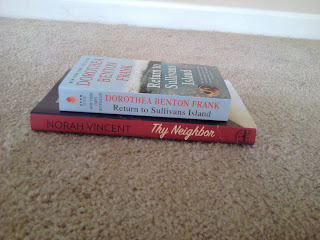 1) Return to Sullivans Island by Dorthea Benton Frank.  Publisher's Weekly Summary. Frank creates a world in which aspiring writer Beth Hayes, whose chirpy internal monologues and quiet uncertainties make her easily endearing, is as much a character as the house she lives in. After graduating from college in Boston, Beth returns to the South to spend a year house-sitting her family's home, Island Gamble, while her mother, Susan, visits Paris. Frank's portrayal of a large and complicated family is humorous and precise: there's Susan, adoring and kind; Aunt Maggie, a stickler for manners; twin aunts Sophie and Allison, who run an exercise-and-vitamin empire; and uncles Timmy and Henry, the latter of whom has ties to Beth's trust fund. Frank's lovable characters occasionally stymie her pace; there's almost no room left for Beth's friends or her love affairs with sleazy Max Mitchell and cherubic Woody Morrison, though these become important later on. Frank is frequently funny, and she weaves in a dark undercurrent that incites some surprising late-book developments. Tight storytelling, winsomely oddball characters and touches of Southern magic make this a winner.

2) Thy Neighbor by Norah Vincent.  Amazon Product Description. At thirty-four, Nick Walsh is a broken, deeply cynical man. Since the violent deaths of his parents thirteen years earlier, he has been living alone in his childhood home in the suburban Midwest, drinking, drugging, and debauching himself into oblivion. A measure of solace is provided by his newly found relationship with Monica, a mysterious woman who seems to harbor as many secrets as he does. Obsessed with understanding the circumstances surrounding his parents’ deaths and deranged by his relentless sorrow, Nick begins a campaign of spying on his neighbors via hidden cameras and microphones he has covertly installed in their houses. As he observes with amusement and disbelief all the strange, sad, and terrifying things that his neighbors do to themselves and to one another, and as he, in turn, learns that he is being stalked, he begins to slowly unravel the shocking truth about how and why his parents died.
Posted by DCMetroreader at 6:00 AM 11 comments: 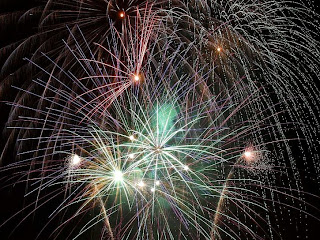 I finally have power again!!!! As my birthday is in a few days I can honestly say this is the best gift I could have gotten. Thanks everyone for the supportive posts. I can't wait to catch up on everyone's blogs!
Posted by DCMetroreader at 9:06 AM 7 comments:

Sorry everyone, but there will be no Mailbox Monday for me this week because I am without power. Due to the "land hurricane" that hit my area Friday night I have been without power for three days and have been unable to post to my blog. I hope to be back by the beginning of next week (based on what my electric company is saying).
Posted by DCMetroreader at 9:07 AM 6 comments: