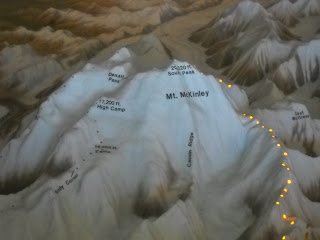 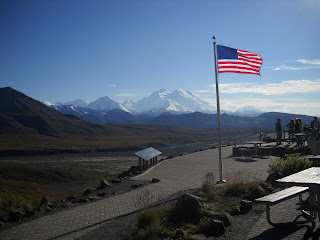 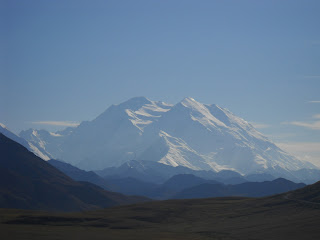 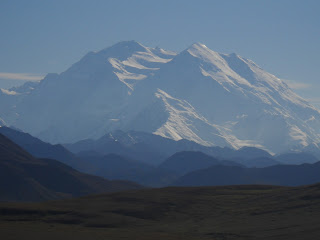 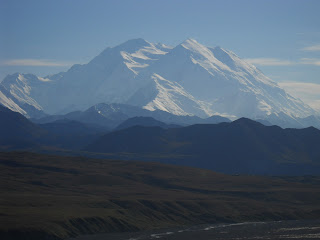 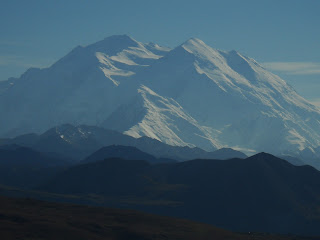 Welcome to Saturday Snapshot which is hosted by Alyce At Home With Books. Photos can be old or new, and on any given subject as long as they are clean and appropriate for all eyes to see. How much detail you give in the caption is entirely up to you. Please don't post random photos you see on the internet

Here are more pictures from my rafting trip on the Nenana River. While I was rafting a rainbow broke out. 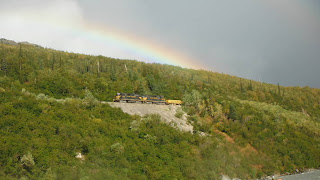 and then another. A double rainbow! 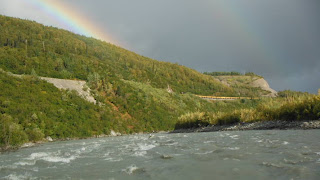 It was a magical experience! 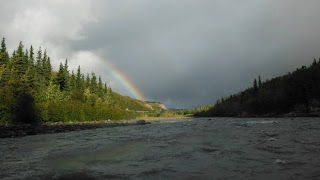 Good Stuff: A Reminiscence of My Father 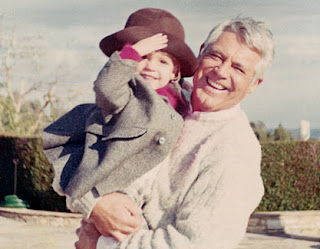 Cary Grant loved being a dad and Jennifer Grant loved being his daughter.  In sharp contrast to the Mommy Dearest memoirs of Hollywood progeny, Good Stuff: A Reminiscence of My Father, reads like a love letter. On the twenty fifth anniversary of her father's passing, Grant shares memories on life with her famous father.

There are no shocking revelations revealed, but rather Grant shares the small moments that make up the "essence" of Cary Grant. Fortunately, Grant had plenty of material to draw from.  Cary Grant was a regular archivist when it came to documenting Jennifer Grant's life and their time together including cassette tapes of conversations; drawings and notes; photographs; home movies; tickets from sporting events they attended and even newspaper articles clipped to provide advice or pass on Cary Grant's philosophy on life.  According to Grant, when Cary Grant became a father he walked away from show business entirely.  They never watched his films, discussed the industry or hung out with the Hollywood in-crowd (Cary Grant did maintain a few Hollywood friendships such as with Frank Sinatra, Johnny Carson, Gregory Peck and Quincy Jones, but these were based on longstanding personal ties).  Rather time was spent at home eating dinner around the table, playing cards or backgammon and other simple pleasures.  As Grant explains, "When I was at Dad's, he took full charge of my care. . . .  Dad awakened me each morning, drove me everywhere, ate meals with me, discussed life with me, and tucked me in each evening."  He even escorted her on trips to the local shopping mall!

When it comes to the rumors about her famous father, Grant firmly refutes them.  No Cary Grant wasn't gay, but apparently he enjoyed the misconception because "he said it made women want to prove the assertion wrong."  Also while Cary Grant appreciated the value of a dollar, he was no miser.  Cary Grant appreciated practical luxury and did not like to waste anything.  While I have no reason to doubt Grant's truthfulness her knowledge is limited to that of a daughter's and covers the last twenty years of Cary Grant's life.  And this is just fine with Grant:

In our heart of hearts, I believe we all know the skinny on people and situations.  We unconsciously block what's too much to process.  So somewhere inside . . . it's all there.  Other than that, I prefer knowing what I know . . . .   While there is a lot of stuff I certainly don't know, there's also a lot I do.

Good Stuff is a touchingly sweet memoir about a devoted father who was also a Hollywood legend.
Posted by DCMetroreader at 6:00 AM 3 comments: 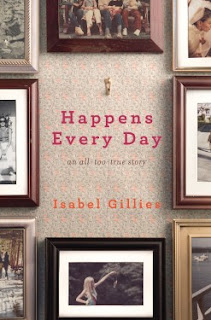 Isabel Gillies had it all: handsome, smart, college professor husband; two beautiful sons; and a big house in a small town.  The happy couple had known each other from childhood when their families summered together in Maine.  Both are products of old money WASP families that had lost the dough, but retained the pedigree. They matriculated from ivy league schools, had their wedding announced in the New York Times and decorated their Ohio home with celery fabric from New York.  Then one day, Sylvia, a new English professor arrives at Oberlin, where Gillies and her husband were employed , and within a month Gillies's marriage is over.

Happens Every Day tells the tale of the "perfect" couple's uncoupling. Gillies is searingly honest and, at times, quite funny, as she explains,:  "I am not a writer, but I have been told I write a good emails, which has led me . . . to tell my story."  And what a story it is, Gillies husband is a two-timing louse who quickly takes up with his colleague and Gillies's friend Sylvia.  Oh and by the way, Sylvia is married too.  Clearly, both Gillies' husband and her friend are lacking a tad in the morals and ethics department.

Still while I deeply sympathized with Gillies, I can't say that I liked her.  She is clearly enamored of her pedigree and lifestyle which became annoying.  For example, this is a typical passage:

I had completely accepted the fact that I was going to take on a new role of housewife.  A stay at home mom is a glamorous title that mothers in New York tend to use, but in the rest of the country where people rarely have nannies, Fresh Direct, or housekeepers, the more applicable term is housewife.  I got a thrill out of knowing that I was going to take on my children without help, cook every meal, and go it on my own in a new town where I knew nobody.

Ok I am sure this was a big lifestyle adjustment for the former Law and Order actress, but being a stay at home mom or a housewife is still a privilege of sorts as many families require two incomes to survive.  Another thing that bothered me was that Gillies's husband's behavior was entirely predictable given that he had cheated on his pregnant first wife with another woman (not Gillies).  I don't want to blame the victim, but perhaps a good take away is that adulterers tend to repeat the pattern.  Lastly, I was annoyed that Gillies' post-divorce life is left for another memoir.

These deficiencies aside, Happens Every Day is an engrossing story that left me wanting more.

Posted by DCMetroreader at 6:00 AM 3 comments: