Dear Austin -- A Letter to My Son 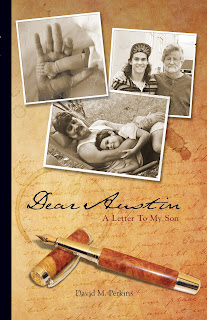 Author's Summary. It comes to pass, in every parent’s life, that a child will begin preparations to leave home. Some will be off to college, some will go to the military or other national service, and many will just strike out to seek their fortunes in whatever fields have captured their imaginations.

It’s at this moment, when the preparation begins, that most parents will realize that all those heart-to-heart talks they always intended to have with their offspring somehow never took place. Or, at the very least, that many of them managed to slip through the cracks.

It was in this environment of not-quite-panic that I sat down at my computer to make up for missed opportunities. I had no idea what I was going to say to my son, but I knew I had to say something.

The eventual letter, which follows, came as something of a surprise to me. Not right away, but later, as I’ll explain. And the chance sharing of this letter with a friend, at a similar place in life, resulted in me being encouraged to share it with others. Thank you, Lia.

After installing my son in his college dorm, and leaving the letter with him, my wife and I spent a very quiet five hours driving back home. I guess we were both lost in our own thoughts about the past, the future, and the somewhat less than action-packed present.When we arrived home, I went to my office and read the letter again, to myself. Several times, I confess. This is when I had my epiphany. I’ve never had one before, but I’m pretty sure that’s what it was.

I concluded that my subconscious had tricked me into writing what I believed were things my son needed to hear; about me, about life, and about his future. And while I still hope that he may find something of value in it, I came to realize that I had actually written things that I needed to know; about him, about his life, and about our relationship. I was writing to me, as much as to him. Not all of it, of course, but just enough to reassure myself that he would be alright.

This awareness allowed me to suddenly let go of some of the sadness about his leaving, and to replace it with some of the hope and excitement that he must be feeling now. It is in this spirit, and with my son’s permission, that I share this letter with any parent who has lost, or will lose, a child to higher education, or military service, or to the most dreaded thief of all, adulthood.

Review. Leaving home for the first time is one of life’s pivotal moments. On the eve of David Perkins’ son’s college departure the author pens a letter to him: Dear Austin - A Letter to My Son.

At 56 pages in total Dear Austin is easily digested in one sitting, but will be savored long after finishing the last page. In this slim book Perkins has managed to distill the essence of a fulfilling life:

• Although the relationship changes parents will always “be there” for their children.
• Don’t squander the opportunities presented at college.
• Follow dreams, discover passions, and find “truths”.
• Be careful making choices and accept responsibility for these decisions.
• Be open and curious.
• Keep a place for music in your life.
• Don’t be afraid to fail.
• Treat women well.
• Broken hearts heal.
• Give back to the world.
• Be a good friend.
• Be happy!

Dear Austin is one of those rare books that both parents and young adults will appreciate. The prose is sparse, but penetrating and straightforward. In fact, I re-read a few of the passages because I wanted to reflect further on them.

I wish Dear Austin had been around when my son left for college. I highly recommend it to other parents in similar transitional periods!